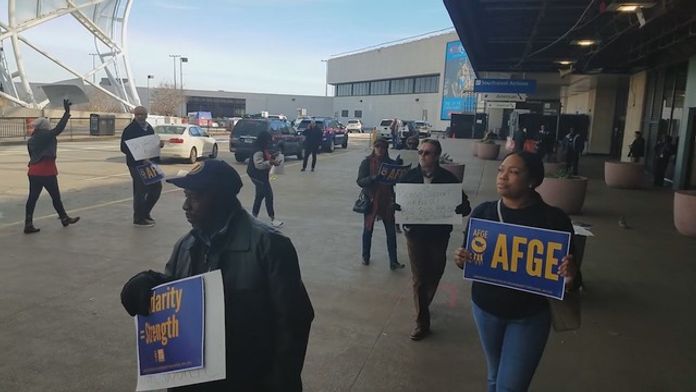 The goverment shutdown is affecting the pockets of TSA workers.

The AFGE Local 554 held a rally in front of the Domestic North Terminal of Atlanta’s Hartsfield-Jackson International Airport Thursday afternoon. Dozens of workers were seen out front demanding an end to the government shutdown which in turn got the attention of travelers during the rally. This week, the government shutdown had begun to impact travel as TSA agents and air traffic controllers continue to work without pay and FAA inspectors remain on leave. During the shutdown, the workers aren’t getting paid.
Atlanta TSA union voiced their disapproval and said they’re terrified the shutdown will force them to leave their jobs so they can put food on the table for their families. They also said leaving now would cause many of them to forfeit the pension they’ve been working toward for years.

{DEM404BOYZ} KNUCKLE HEAD OF THE DAY

FIND OUT WHO TAKES THE TITLE TODAY