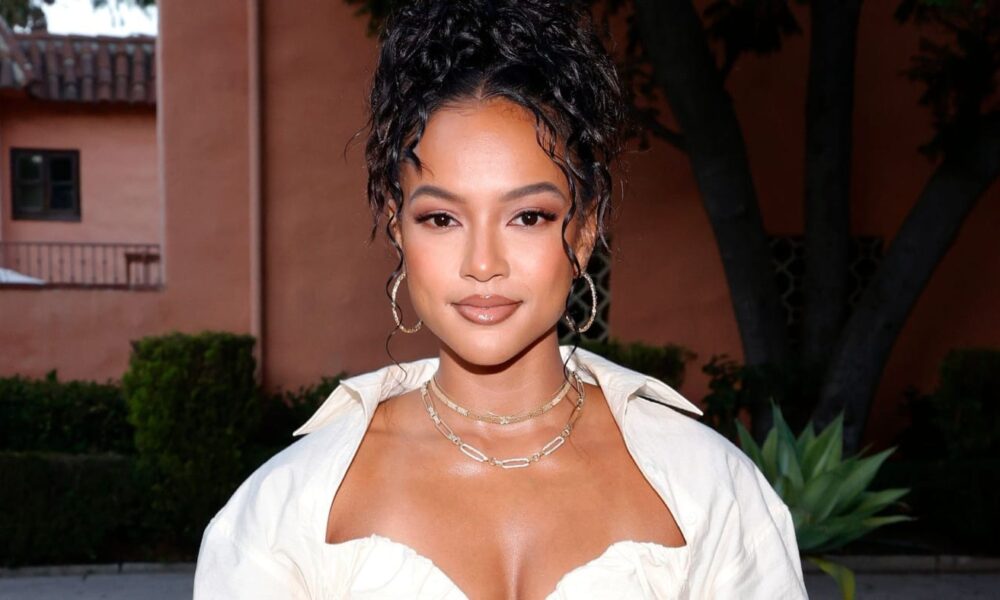 Karrueche Tran made Emmys history this week with her Lead Actress win.

Karrueche Tran has officially made Daytime Emmys history by becoming the first actor of Asian American and Pacific Island (AAPI) descent to win the award for Outstanding Performance by a Lead Actress in a Daytime Fiction Program. Her Emmy was given for her performance as Vivian Johnson-Garrett in Popstar! TV’s The Bay.Tran celebrated the win with a lengthy statement on Instagram, Monday.

“When I got nominated I was soooo surprised and grateful but was like nah there’s no way I’m gonna actually win.. the nom was more than enough.. but God had a different plan for me.. I’m still in shock!” she wrote in a caption of a post.

She said she was “extremely emotional” to find out she was the first AAPI lead actress to win the Emmy: “The icing on the cake was finding out I’m the first AAPI lead actress Emmy winner in both Daytime Emmys and Primetime.. excuse me WHATTT??! I fucking made Emmys history.. that is HUGE and makes me extremely emotional.. to be a representation of a community that is so often overlooked and under appreciated brings me to tears..”

Tran concluded by saying that she plans to “keep pushing myself beyond my limits.. to work even harder and become better than I was yesterday.”

The Bay was also awarded Emmys in the Outstanding Digital Daytime Drama Series category in 2016, 2017, and 2018.

Ivanka Trump, President Donald Trump’s oldest daughter and one of his top advisers, will travel to Georgia on Wednesday morning to tour a UPS training ...